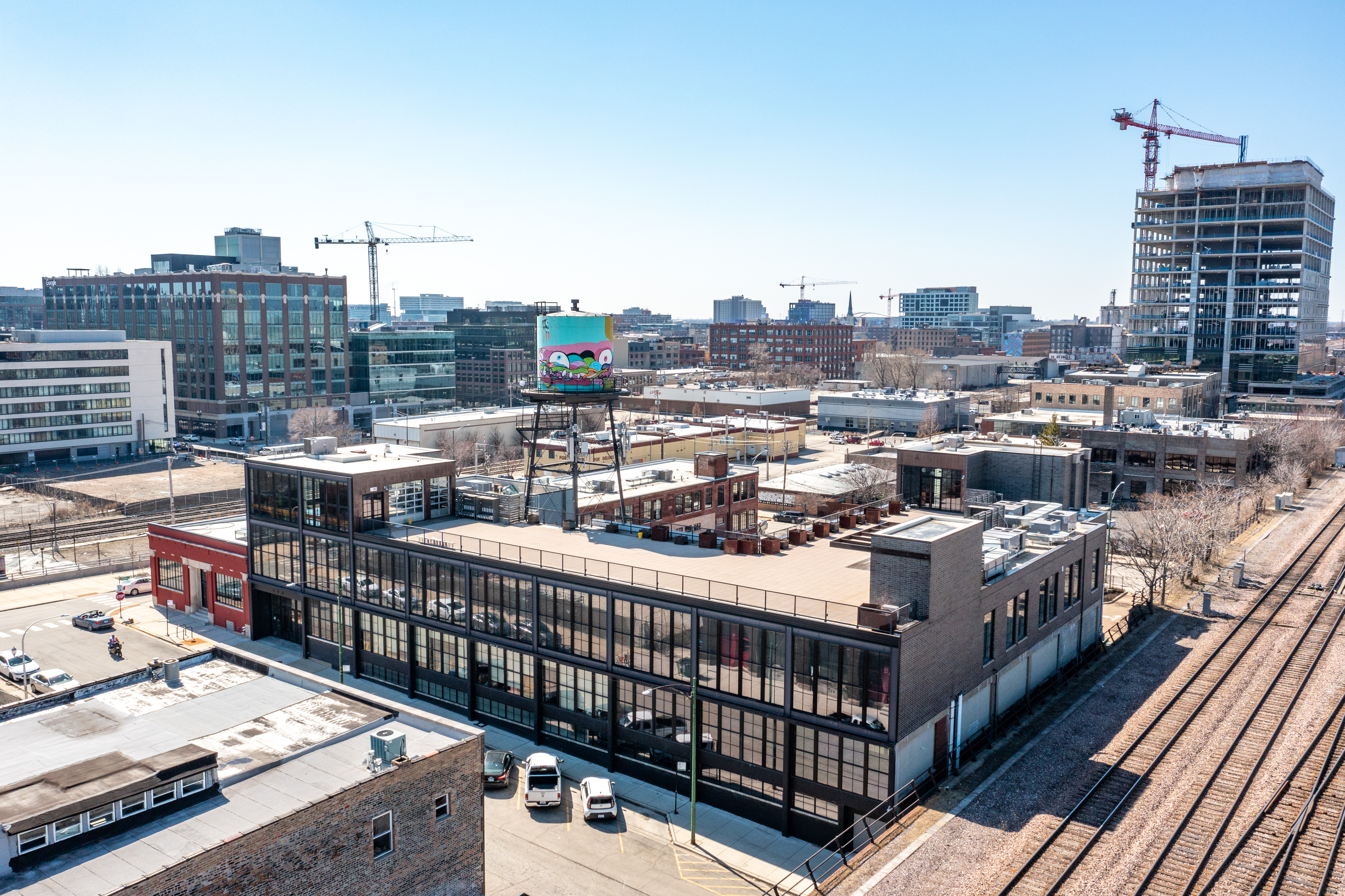 401 N Morgan is a 76,040 SF mixed-use building on a 58,451 SF land site, a full city block bounded by Morgan, Kinzie and Sangamon streets and the Metra tracks running through the neighborhood. It is located in the heart of Fulton Market, the former meatpacking district, the ideal location for office and event space in the city and consists of unique amenities, fantastic outdoor space, and on-site parking. It is. The main tenant is Morgan Manufacturing, a world class event hall, one of the City’s premier special event venues and has an incredible reputation for weddings, corporate events, charity fundraisers, and other gatherings. Separately, Atomic Entertainment, which owns Morgan MFG, will open a new restaurant concept this summer in the former Brass Monkey space. Alinea Group and Tock, Nansen and Listen occupy the 30,000 square feet of office space. In recent years, Fulton Market has become the center of attention for new development in the City of Chicago, for Office, Hotel, Multifamily, and Condominium Projects. Never before has Chicago seen this much development of a single neighborhood this quickly. The influx of office tenants began with McDonald’s and Google but soon led to other nationals and strong regionals committing to the neighborhood, including Herman Miller and Mondelez. 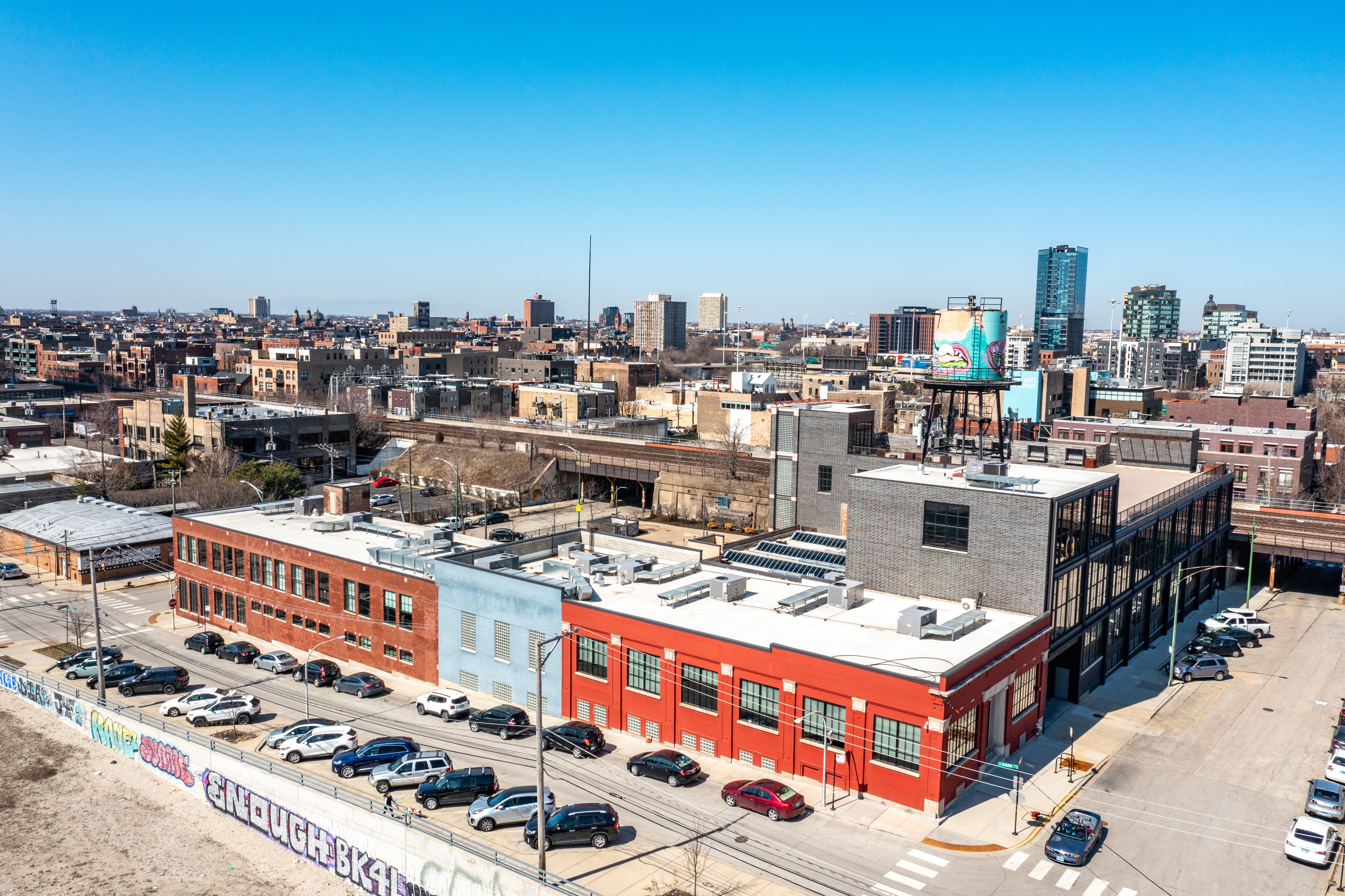 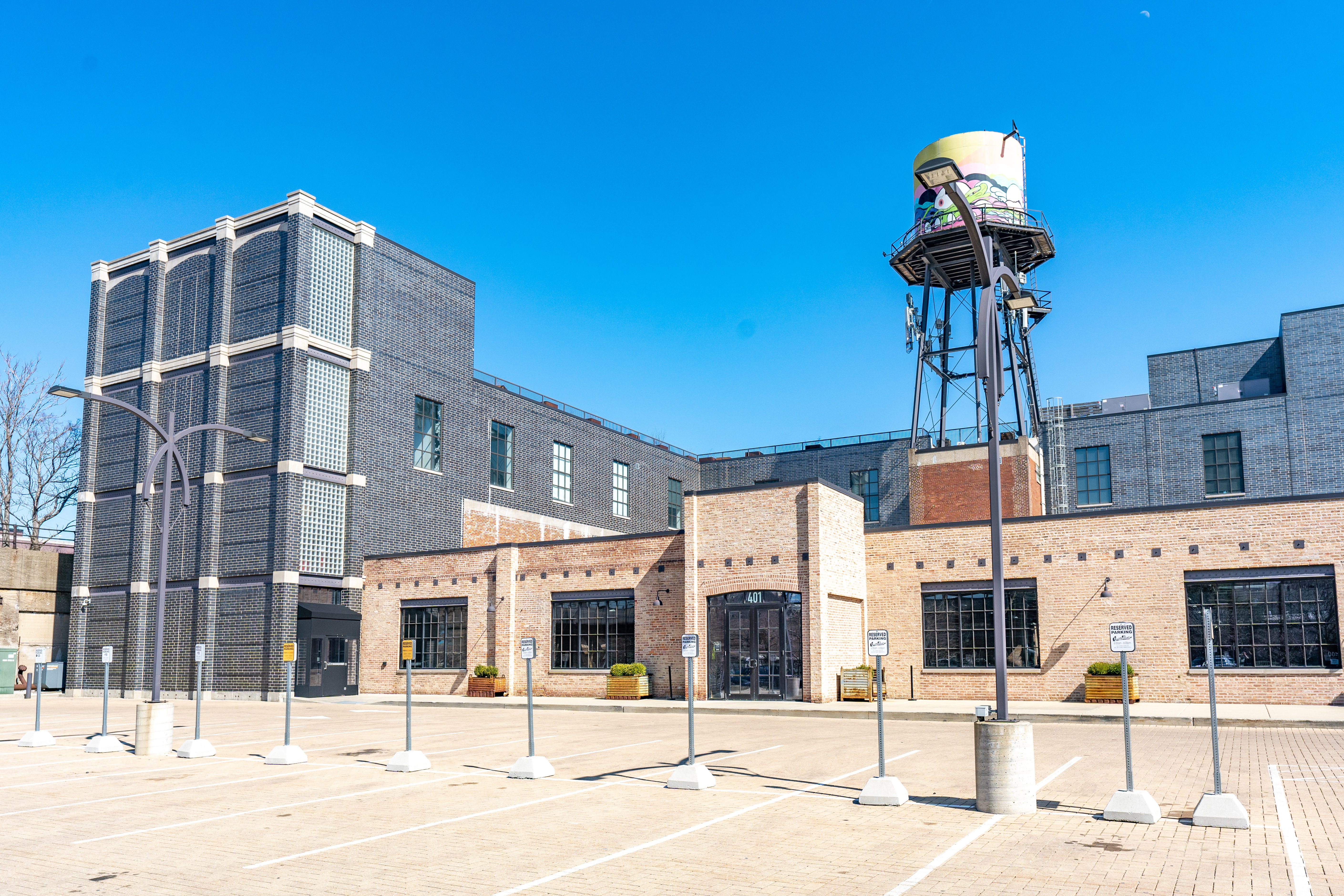 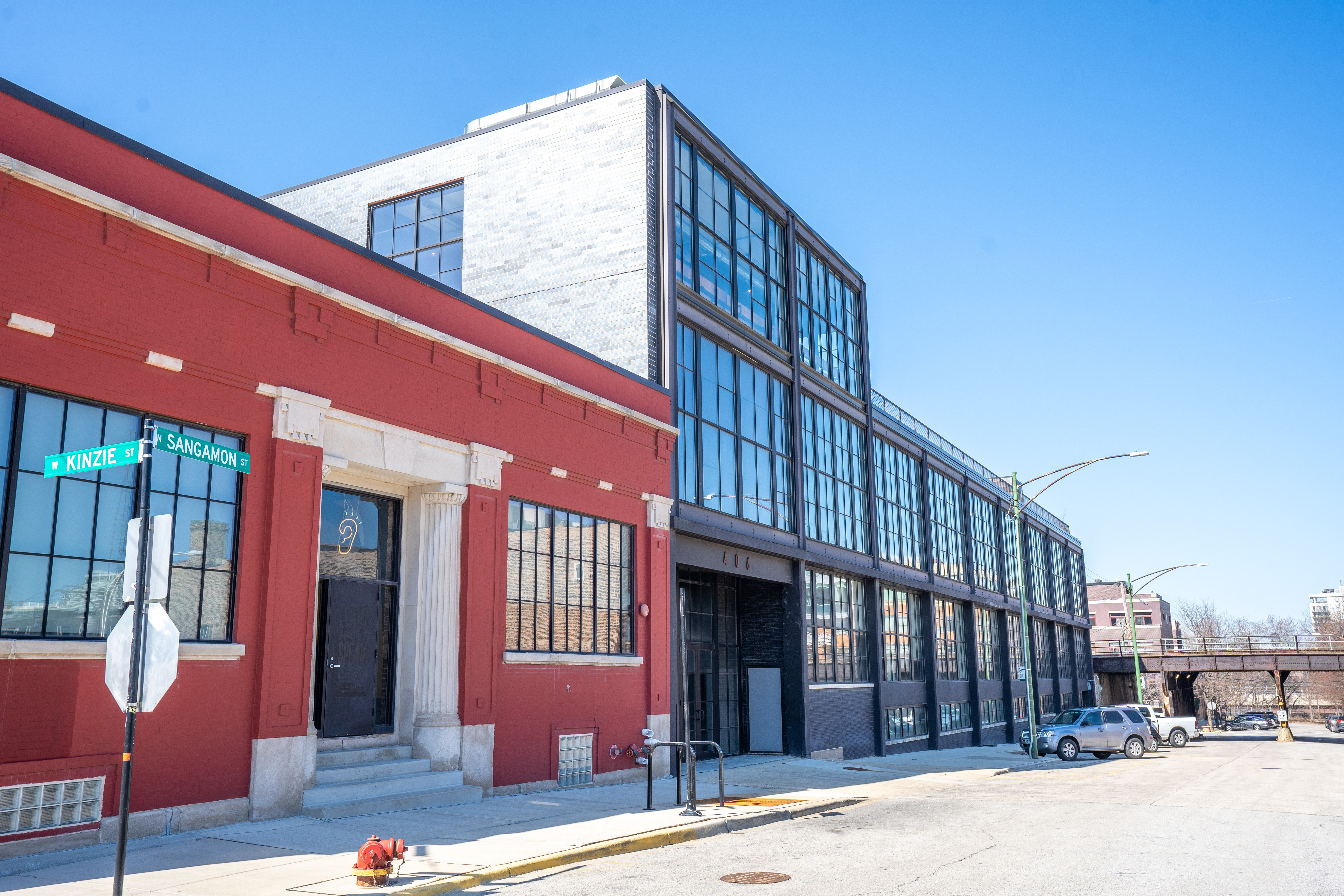 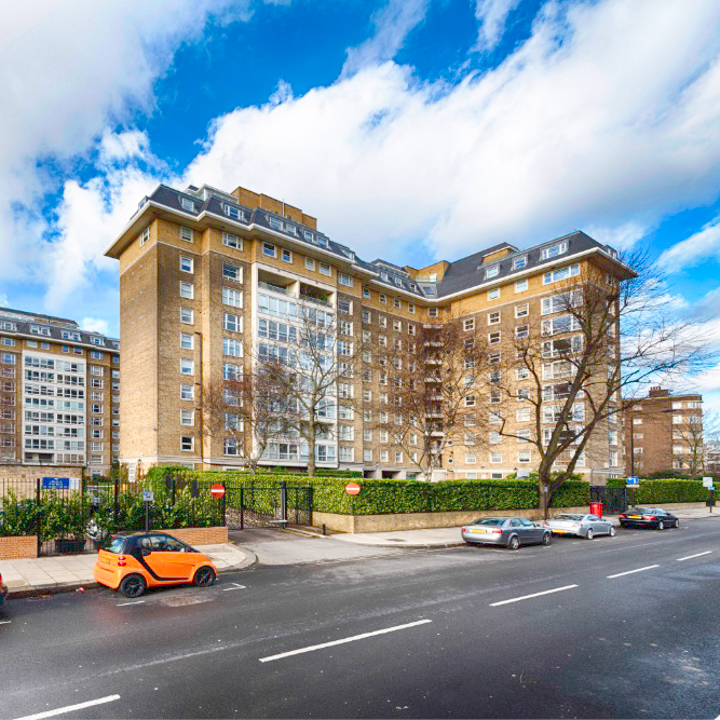 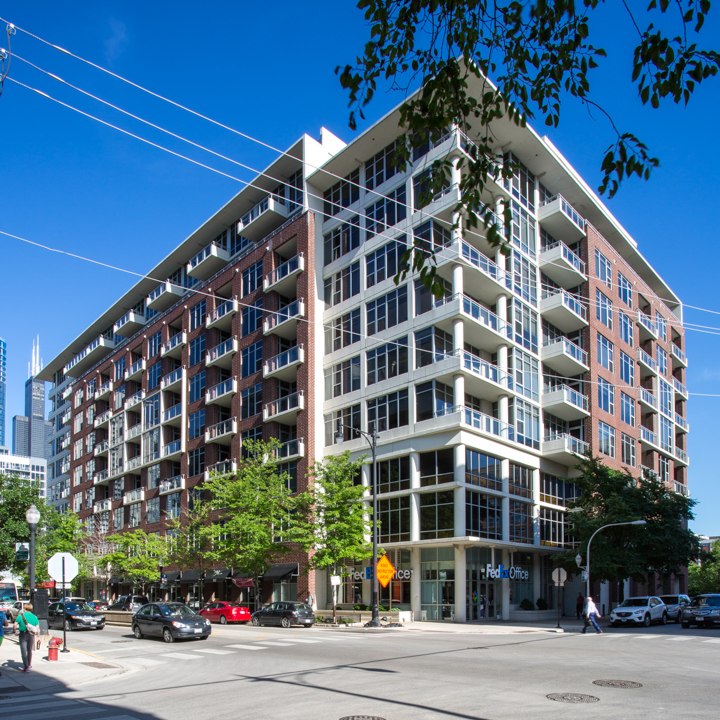 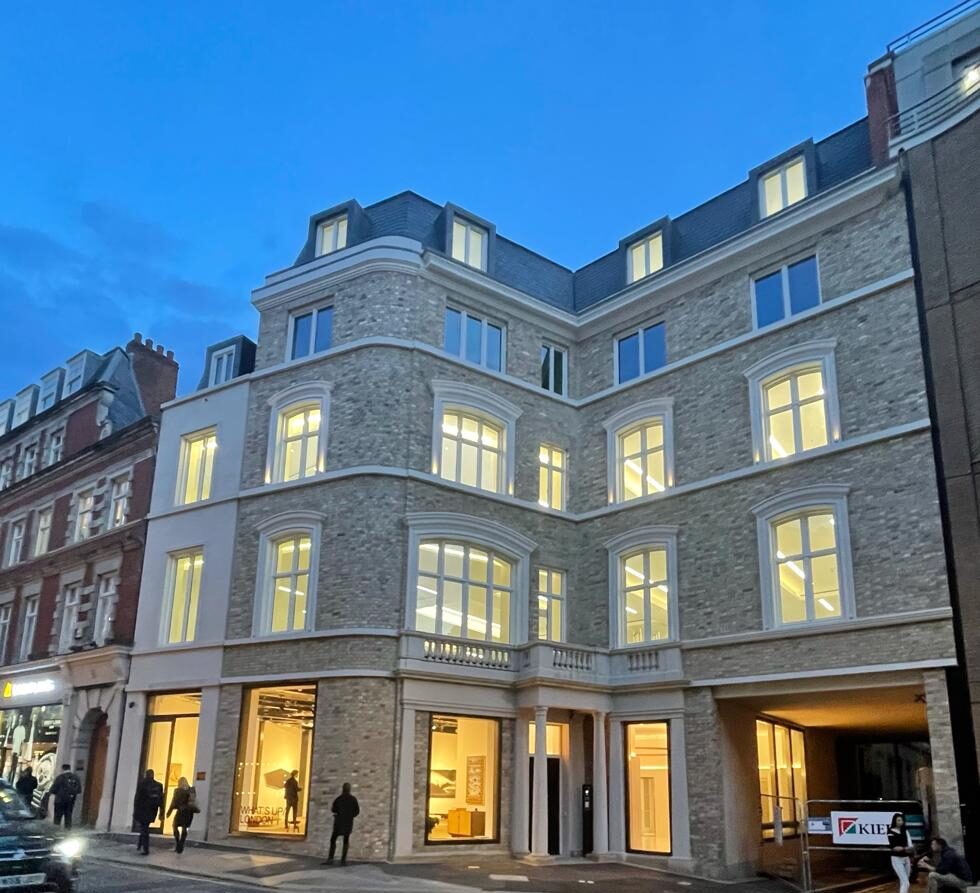